No, it is not true because it is worse than that.

Christakis and Fowler have analyzed a huge data-set (study)  of 12,067 people assessed repeatedly from 1971 to 2003 as part of the Framingham Heart Study. The results:

“if a friend of yours becomes obese, you yourself are 45 percent more likely than chance to gain weight over the next two to four years.”

It seems to be related to norms. With your friendship circle changing, your mind-set of an acceptable body size and your behavior change, too.

The same effect was found for smoking  found something similar with smoking rates.”

“if your friend of a friend of a friend is happy with their life, then you have a 6 percent greater likelihood of being happy yourself. Now six percent might not seem like much, but consider that other studies suggest that if I gave you a $10,000 raise, that would only trigger about a 2 percent increase in your happiness.” (Medium).

In “The sickness unto Individualism” (2002) Jon Bon Kierkegaard writes: “now or never, I ain’t gonna live forever, I just want to live while I’m alive”. For the recipient, it is the utmost challenge to investigate which “now” is meant by the meditator. Is it the ‘now’ that divides into the splits of a second, a ‘now’ that vanishes into nothing? Is it the ‘now’ of a day that vanishes with the necessary world pause? Or is it the ‘now’ of a generation that aggregates itself similar to a state of termites building the most beautiful termitaria without, however, ever achieving knowledge of the process that has brought them to beauty. Is it the ‘now’ that conceals the infinity of time behind the moment? Well done Jon Bon Kierkegaard.

There are many additional negative impact factors of smartphone:


I sometimes feel that I still try to understand the history of philosophy that has arrived within me with me in this world. I try to understand how philosophy could have arrived through centuries of thoughts in my thought. It is not pure thinking but thinking that is veiled in a mountain of language. Language that that was genetically and historically installed or codified in me. It is like an ancient riddle that is written in a mixture of hieroglyphs and alien signs. It is like me being a transcript or a piece of paper for someone’s or something’s message. Moreover, then all of it might be just a joke in the nothing. Given the possibility of nothing, understanding my past feels sometimes arbitrary. Shouldn’t the future matter more than the past?

I am looking into the idea of how smartphones, the internet and phones have changed us in the last 30 years. Please answer the following questions:

There are some areas of change that seem to be important, maybe you consider them for your answer:

If I embodied my philosophy, I would attempt to become nothing and to disappear behind my questions, disappear in the power or probably rather the weakness of the other. I say that because I believe that there is no force of reason that could beat the force of employed reason. Yet, my questions are no criticism. Criticism would lead to a stalemate. So how could I as somebody who wants to see the truth lose myself in the dark caves of other people’s opinions? Humans are caves to each other.

If there is an undiscovered philosophy in my life, I would see it more as an intellectual way of living than a way of academic suffering and political discussion. I rather admit that I do not know. Philosophy, in that sense, can embrace its demise and live as an undead person between its worlds, transcending and materializing itself in its love of death and life. Philosophy is dead, long live philosophy!

The exclamation of independence is always the indirect concession that there are dependencies left, chains that should be destroyed. Of course, the desire for independence expresses the pain of dependencies. With respect to what subjects could Americans be more emotionalized? Yet, the first dependence remains as the world. We cannot eliminate the pain of being born. The world’s natural injustice will prevail and if it did not strike us yet, it waits like a grim reaper who could strike at any moment. Second, dependence remains in the human society who all share the same body. We can only gain independence with respect to our dependence on others. Otherwise, the pursuit of independence would be achieved by moving into the cabin in the woods. It is the paradox that when the slaves only desire their independence from their master, most of the time, they dream big, they dream of being the master. Dreaming big and failing big, the American reoccurring trauma. Progress is the unwilling shift towards new trauma. 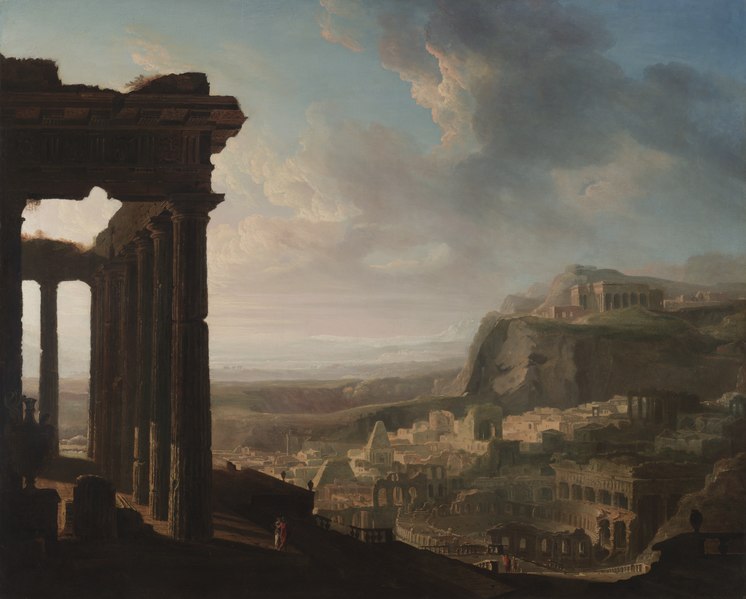 Thesis 1: This openness to the other is why Socrates did not only reconstruct the ideal society according to the image of the soul. On the contrary, the city is not only an image of the soul, the soul is an inner city. The borders of this inner city – the body and social armor of a person – are some degrees the walls of the city to the outside. When the soul transitions from its inside to the unknown (the irrational outside), it realizes that the inner city needs a constitution.

Thesis 1: Reason is, as Brandom would say, an inferential activity.

Thesis 2: But if reason connects, it is an activity that attempts to relate speakers to each other. In terms, of Socrates it attempts to relate their souls. Though hidden behind their walls of an impenetrable body – their city– rationality is the connection and the divide between the cities of souls.

Philosophy destroys and destructs our dreams, fantasies and false beliefs. It does not cover the darkness. It does not allow for distraction.

Yet, by destroying what is false, it creates meaning out of nothing. Then philosophy becomes the challenge to think one world behind all our shadows and to build a cloud-castle for our true dreams.